Where did it all begin?

In the early 1990’s, the Brisbane scale modelling community consisted of a number of individual clubs covering greater Brisbane. With no dedicated expo or competition to bring the clubs together, the only viable option at the time was to display at the annual Pet and Hobby Expo held at the RNA Showgrounds. While this gave the clubs and the hobby some exposure to the public, it did not properly cater to the specific aspects of the hobby.

At a club meeting in 1996, respected modellers John King and David Charles discussed the idea of organising a scale model expo. For the event to be successful, it required as many clubs as possible to get involved. With the added hope of interstate vendors attending, other Brisbane clubs were canvassed for their support and the idea was well received.
The only state-wide scale modelling shows in Australia at the time were the Model Expo in Melbourne and the South Australian Model Show in Adelaide. With the Table Tennis Centre at Windsor locked in as the venue, the first QMHE was planned for the 12th & 13th October 1996.

At a meeting to organise the event, David De Ryck suggested incorporating a competition like the one held at the earlier Pet & Hobby Expo. He volunteered to undertake the planning required, finalising categories, rules, and entry forms. With that, the Queensland Scale Model Championships was born.

Due to some unforeseen circumstances leading up to the first expo, all founding clubs were asked to contribute financially to ensure the event went ahead, which they all did. It is for this reason, the QMHE is still owned by its member clubs to this day, with many of those foundation clubs from 1996 still attending the expo each year.

119 entries, in 15 categories greeted the judges on set-up day in 1996. The standard of entries that October, laid the foundation for the hard-fought competition that is integral to the expo today. Today the QMHE has grown to be one of Australia’s premier scale modelling events, and is second only in size to the Australian Championships, held at Model Expo in Melbourne each year. With an increasing number of entries into the competition, the show is well placed to continue as a showcase event in Queensland and Australia.

On behalf of the clubs, their members, our fantastic traders and sponsors and the competition entrants, the QMHE committee invites you to attend one of Australia’s best scale modelling expos and competitions.

In recognition of service to the Queensland Model Hobbies Expo, the expo Committee can decide to award Life Membership to individuals who have contributed significantly over many years. There are currently seven Life Members. 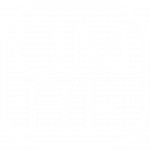